My 993 Carrera. The deal of the century comes along every 2 weeks. 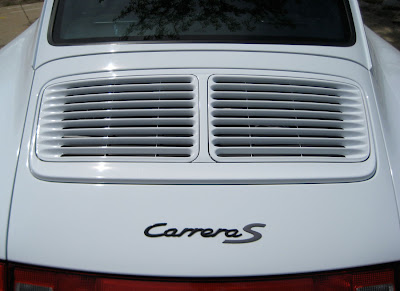 Without a doubt, to me the 993 Porsche Carrera S is one of the greatest cars available at any price. It is clearly the car I dreamt of when thinking of replacing my Cobra. This is evidenced by my previous blog "Dare to dream"  The '98 Carrera S is the final,  perfect iteration of the air-cooled Carrera.  It spares the complications of a turbo, but not the sexy turbo body shell.   It's dramatic with wide fenders, but not overstated because it has no wing. Its 993 motor was clearly a product from more directly racing, not so with the water cooled 996.  At the time, Porsche was simply trying to move out inventory and prepare for the new model.  They ended up making something special to a lot of people.

Carrera S production, while not quite a collectible (arguable), was quite low.  My calculations put about 1732 Carrera S models into the USA. 993 of which were imported in 1998.  I have no idea how many of those were tiptronic and sold to 1-legged men. So if you consider the automatics undesireable, clearly the number of desired final year C2S's is pretty low. Lastly the 1998 Carrera was the last mostly hand assembled car Porsche produced, marking the end of something very special. After 1999 Porsche retooled for more automation after a consult with Toyota about production efficiency, profit etc.  I'm not saying quality is lower, after all machines build more perfectly than man, but to me it was the end of something special.  Albeit, the beginning of something special too. 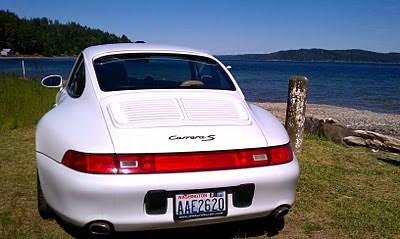 The way I look at it for '98.  1998 Carrera S w/manual transmission must number much less than 700 imported.  After all  some had automatics right?  So I'm hoping that my car is fairly limited in availability,  naturally I didn't wait around for one in  black or silver, I found one with a good history and then pounced.
The desirability of the 993 is further highlighted to me by the failures of the particular 996 models that were not developed as directly from competition.  The 996's were "plagued" with IMS bearing blowouts, bad rear-main-seals and less popular Boxster headlights.  Many purists were slow to warm to those diffences. Oh and plastic gauge clusters (I prefer those old-school VDOs).  Now these failures are not quite as bad as the blogs and forums make them out to be,  also those plastic guage clusters are probably more accurate than my earlier VDO guages.  Regardless of those truths, they did drive up old school Porsche loyalist interest to the past models and the awesome 993 for sure.  Just look at the resale values.

addendum: With IMS retrofit kits now on the market this could mean that a '99 996 could be a hell of a bargain.  A problem, which is  now fixed like earlier 911's with exploding air boxes or even timing chain tensioner issues.  Only time will tell, but that's a blog for another time.

The Carrera S is part of a short list of cars that would have done adequate tribute to the sale of my Cobra. That said, I still had realistic expectations of what I would likely end up with.  After all, it is a recession so selling my Cobra wasn't going to make me rich. 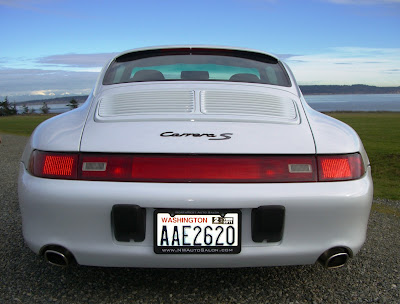 It seemed, after selling the Cobra  that I did not have enough to get any desirable, low mileage example of an "S"  model.  Many people are saving them, so available cars often had very very low miles and very very high prices.  Those higher mile cars that were priced well still required $2200 shipping and a $400 PPI from a dealer.  Not to mention the hassles of the long distance purchase including storage sometimes.  Frankly sellers of these cars just don't need to bother with me, a local buyer would come along quickly enough.  Trust me, I've learned this the hard way.

I did the math many times and couldn't do much better than a  +100K mile C4S with rock chips  and blue leather interior from Portland.  I quickly gravitated to the also collectible and hopefully more affordable RS America. My search was on for the RSA.  But frankly my experience searching for one that was priced right and not used up on the racetrack proved another difficult task.  Still love the looks of thos RS Americas though.  But since I'm no longer a "track dog"  a  more streetable car was my desire. 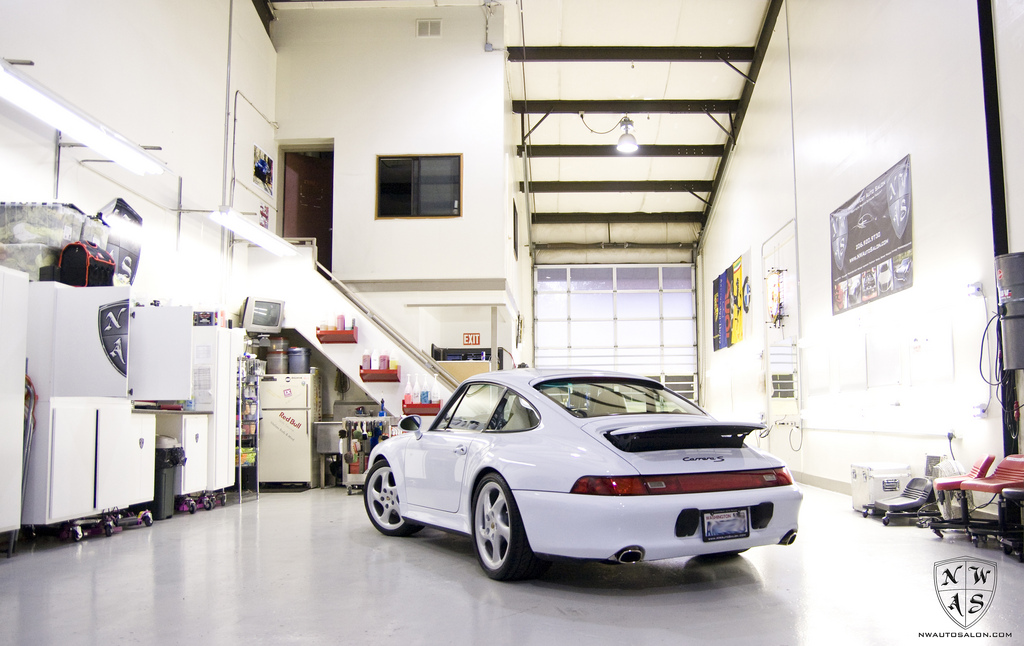 The search to me became more stressful than pleasurable.  Sellers advertising online were often just testing the market and not really committed to selling, or worse, they are running an auction that you aren't aware of. (meaning they take your offer and use it to drive up others who are also in contact with them).  If you aren't aware of how annoying searching online can be, read this for a laugh.  All of this proved quite tiring.  I found myself wishing I lived in NY or CA where these cars can be bought more easily in person rather than on the phone or via the Internet.  Perhaps then I could swoop in an buy a car that I wanted before all the BS of long distance buying interfered with my fun. 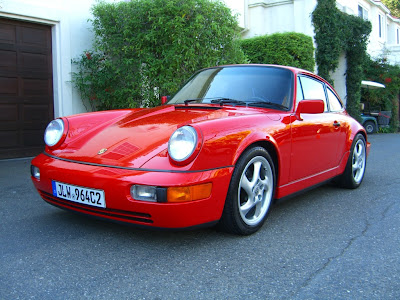 After the recent collapse of the deal with the above flawless 964 C2 (previous blog) I was pretty down.  My wife delved into craigslist  to remind me of my mantra: "The deal of the century comes along every 2 weeks".  Much to my surprise whe found a local seller of a C2S that was in my price range.  I called immediately, expecting to be told of whatever tragic flaw it possessed.

﻿
Speaking with Kelly on the phone only furthered my interest. Yes! A guy on craigslist who not only listed his phone number, but actually did want to sell his car. It had around 70K miles, and was priced appropriately. Condition was incredible but he wasn't trying to get rich.  This only furthered my fears of loosing the car, like all the others. I'd learned early on that email was useless, but figured perhaps phone conversations were not much better either since the 964 fell through too. So even though Kelly politely assured me that he preferred to trade up to a 997 with another person, I drove 2 hours to Seattle as soon as possible to meet him. A car this cool is worth the gamble, my wife reluctantly agreed. She was reluctant because she feared I'd be devastated if we didn't close a deal and she'd have to deal with my despair. 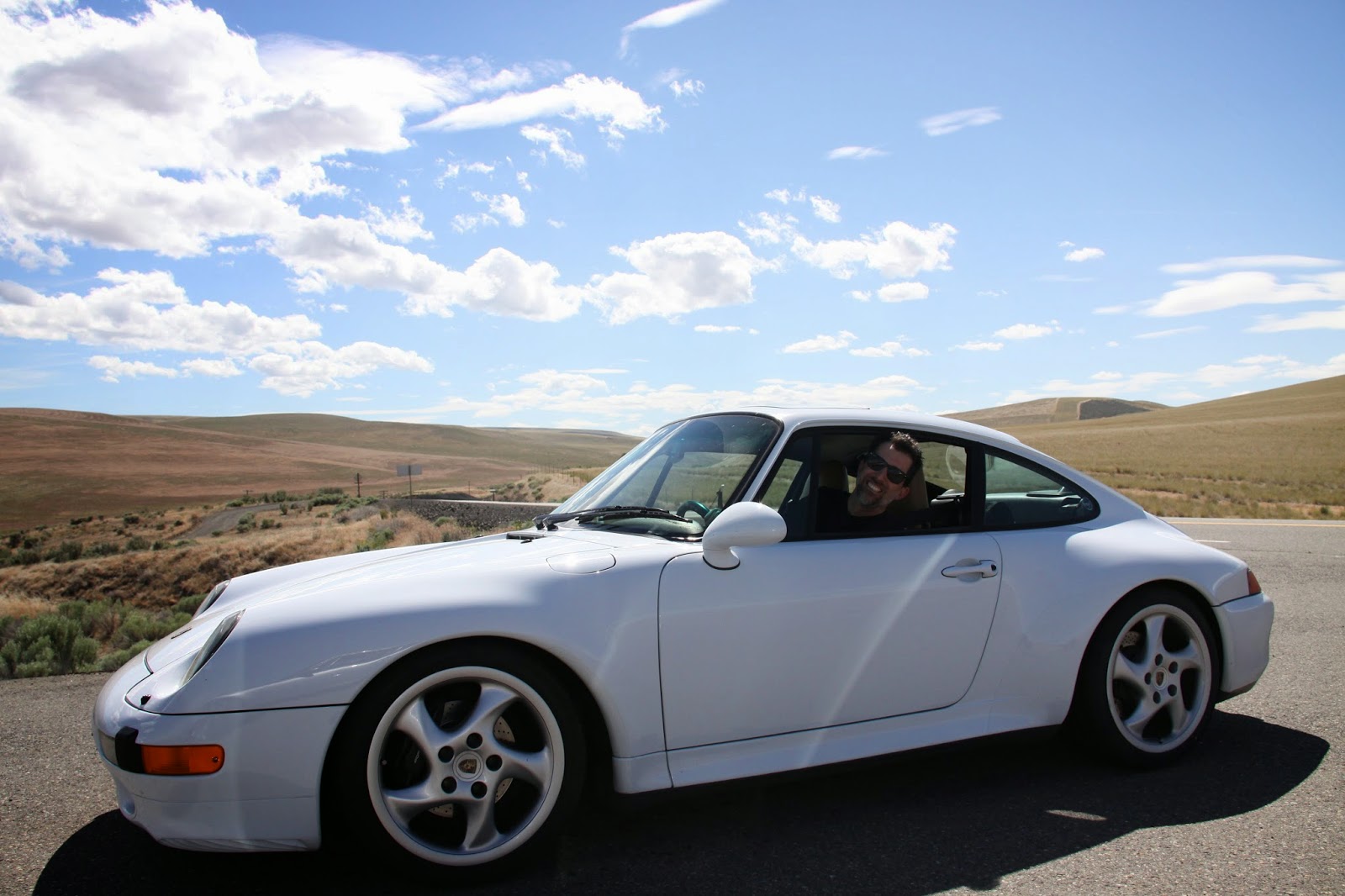 Once there I tried to remain calm, after all, I'm a grown man. It wasn't easy. When we arrived, I glanced over the car quickly and nearly fainted with excitement. Frankly, I was not the savvy, knowledgeable guy you'd expect from all my extremely intelligent, informative blogs (modestly is my greatest asset). It didn't matter, it just felt right. Frankly, if a door was missing I still would have bought the car, so the standard inspection protocol didn't apply. My read on Kelly's character was clear and he seemed like a straight shooter. Although I don't recommend it, I've bought with success this way on a few occasions. Let's call it pharmacist's intuition. It comes from spotting Vicodin and heroin addicts every day for 15 years. 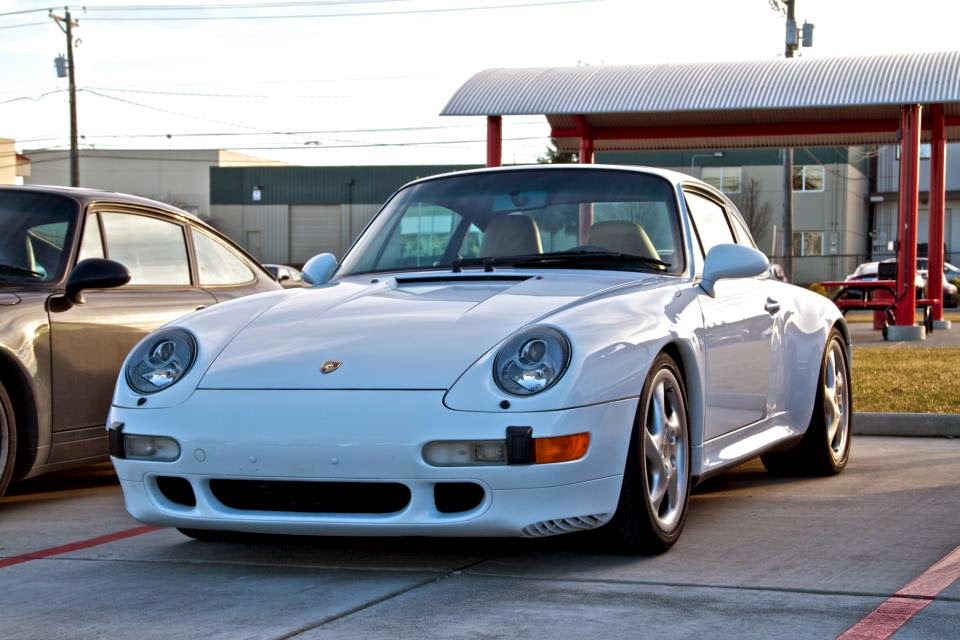 After a bottle of wine and a tour of Kelly's condo we had an agreement that the car would be mine if Kelly's 997 "trade-up" deal didn't come together.  That was a start, but during the next bottle I tried my best to convince Kelly that other deal was spawned by Satan himself.  I don't think he bought that approach, but I was a desperate man an my passion had his attention. One thing was clear, we were both car guys and that did make it fun. Once assured I wasn't planning on reselling his car he agreed so sell it to me on the spot.

In hind sight, i don't think an amazing 993 comes along quite as often as every 2 weeks, but at the time I was open to other amazing cars so the title's statement is true.  Still, i'm really glad I ended up with the last air cooled car Porsche made though...


Related blogs:
After a week of ownership of the Carrera S:
http://www.sportscarguyspeaks.com/2011/02/morning-after.html

Date: 2011-01-22, 2:10AM PST
I am not a dealer. This is my personal car. I'm the fourth owner and basically a Porsche junkie and this car has been meticulously cared for and garaged in the short time since I've owned it (which is since Feb 2010).


Want to see how I cared for this car? Have a look at this report :)
http://www.northwestautosalon.com/2010/11/fanatic-detail-paint-correction-leather-restoration-white-porsche-993-carrera-s/
The major 60,000 mile service was completed since I've owned the car and mechanically it needs nothing.
I have the clear title, clean CarFax and Porsche Certificate of Authenticity in hand.
The exterior of the car is as close to flawless as you can get. The paint is original, looks brand new and has virtually no marks. The car has never been in an accident. The car has not had any paintwork. It is a bit hard to describe just how pristine the car looks so I'm sharing as many photos as I can to give an idea. As you can see from the photos I also spent $1,000 to have all the primary recommended surfaces of the car covered with clear VentureShield.
Option codes include:
220 Locking differential
224 Active Brake Differential
408 18" Technology Design Wheels
437 Comfort seat left
446 Colored wheel crests
454 Automatic speed control
490 Hi-Fi sound
650 Sunroof
688 Radio CD CDR210
6 speed manual transmission
Motor sound exhaust
Gauges with grey bevel rings (factory).
Would consider trade for 2006-2007 Porsche Carrera S or some such thing.