Snow day.   Rally car.  Whats the difference?
It’s been about 72 hours since I signed the agreement to put my AWD Jeep SRT8 on consignment at Landmark Motors in Kirkland.  It started snowing about 5 minutes later and hasn’t stopped since.   Now snowed in, I thought it would be appropriate to reflect on some of the AWD cars that I currently don’t own.  Any of which could get me to work better than my Carrera 2S with summer tires on it.
Each car is presently listed on eBay, and under $50K.
The logical choice to bemoan first would be the Carrera 4 since it’s from my favorite manufacturer, Porsche.  It all started with the AWD 959 of my teenage dreams.  Offered since as early as 1990 (perhaps even 1989.5, for you hair splitters) Porsche has offered an AWD variant of the tail happy Carrera.  Why didn’t I buy one?   Because the split rear grill/spoiler on the C2S looked cooler.
Audi Quattro, Shit yes. Audi offers a  very capable race-bred AWD system, which is why they have so many ski racks attached to them.  They've been offering up cool Quattros for a long long time.   If you like cool little switches and gadgets, Audi is for you.  They’ve been offering AWD in the 4S and 6S for a long time.   They lean heavier toward the luxury side of sportiness with the 6S, but it’s got a Lamborghini motor!!!  I don’t know crap about the engine but it sure sounds cool saying it out loud.   One more thing, don’t let the paddles fool ya, its an automatic.    Stretch your money to the max and find a rare Audi RS4, just skip the boy racer colored interior options.  You can even get a Quattro convertible, that way you don't have to miss out on the rattles and squeaks when you're driving in the slush around stranded trucks that forgot to lock their hubs.
Volvo.  Anything with an “R” in the name should suffice.  Although not more than a hotrodded safety machine,  I feel these cars are a great mix of sportiness and luxury.  They aren’t too common, so you’ll feel special owning one,.  Isn't that what its all about?  They go pretty cheap, which is good because  you'll need some extra cash for the transmission repairs.
Subaru, no list of amazing AWD cars would be complete without an STi.   Rally inspired,  and very available, you can't deny how cool these things are.  Try to buy one that hasn’t had the shit beat out of it by some 20yr old.   No need to remove the wing on your STI, because the cops will still recognize you.  Don’t skimp and get the lesser, but ample WRX.  You’ll need the STi's extra power to compensate for the crappy interior and coffee can tailpipe.
Still ugly after all these years.  The Mitsubishi Lancer EVO goes like a raped ape.   How can you go wrong with an intercooler that big.  Located between the beneath the Audi in class and above the Subaru in trim, these are almost acceptable. I’m skipping the reliability issue, so you’ll have to figure that out yourself.  The EVO is fast and it’s AWD!  Nuf said.  These cars can be found for a great deal, which means boys have treated them savagely.    Try to find someone selling one who has grey hair.    Oh, here's another hint, if it comes with a set of track tires, skip it.
Mitsubishi EvoMitsubishi Evo
Volkswagon Golf R....  Which sould be available as soon as the snow melts.   Damn.
For now, I'd just buy two R32s.  That way I can get a total of 4 doors, which is what I like best about the new "R"


Dodge Charger SRT8.  Don't laugh these 6.4L motors lay down brutal torque.   A lot of young sports car enthusiasts don't know what that can feel like.  If feels good, let me tell you.  So why not a sedan or wagon with such power, and AWD?  Don’t the cops drive these now?  That’s how they catch up with the EVOs and STis I guess.   Oh, did I mention you'll get 13mpg?

Honorable mention: Lexus IS250 AWD.  While not a sports car, they are pretty sporty and are a durable bargain.


Even if you buy one of the above be careful that some 3500lb, idiot propelled missile, doesn’t hit you.   For me, I’ll keep the Carrera 2S and snowshoe to work till I can afford one of these as a second car.  Or maybe just call in sick and blog. 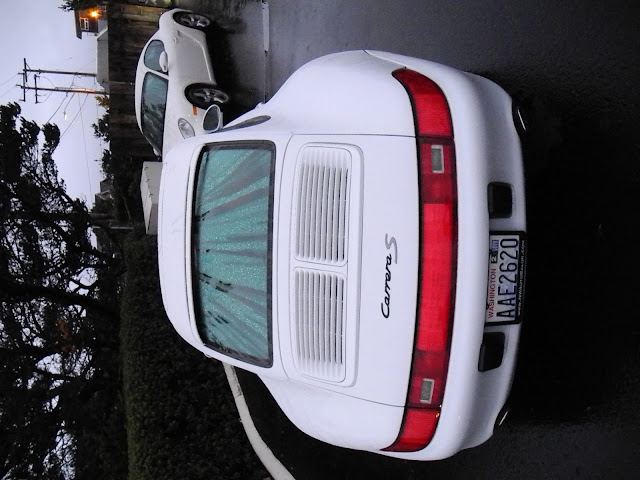