As I peruse the various fancy cars in my favorite venues I keep coming back to thinking that less is more.  I think its rebellion or resentment that cars have become so complicated, so heavy, and so damn expensive.   The horsepower race is only part of it,  safety and amenities have also added to the bottom line in the way of more weight, more size, more money, etc.   It's not that I don't appreciate what a modern high-performance car can do, but rather I also see our future with these cars.   It's a future looking for replacement parking cameras, and finding up-to-date software for a defunct navigation  system.     Planned obsolescence is one thing, but these countless technologies are getting excessive. 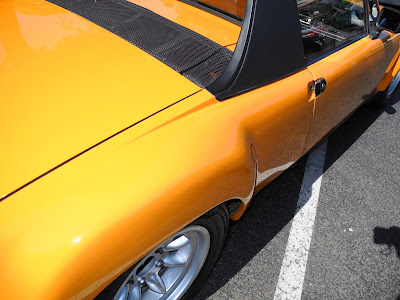 Lets start with size.  The newest Boxster is huge.  Try a Porsche 914-6  which is nice and small.  Less weight means a reasonable motor gets you great acceleration.  With that mid engine you get some pretty ideal handling and it doesn't require any on-board computer, either.   Which brings me to another question, why the hell do people buy Porsche Stability Management for a mid-engined Boxster anyway?  Mid-engined cars are inherently perfectly stable, how bad of a driver can you possibly be? 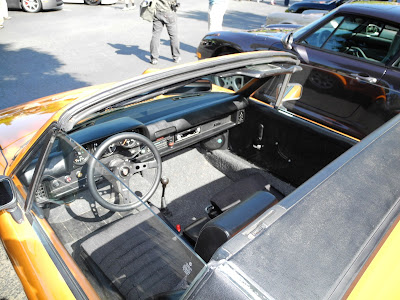 No air conditioning.  It's okay, just imagine it's a modern track package.  Think Speedster, Clubsport or RS America.  In the Northwest that  removable roof should be good enough.  I know, you're sad because it has no heated seats, which help so much with your constipation. 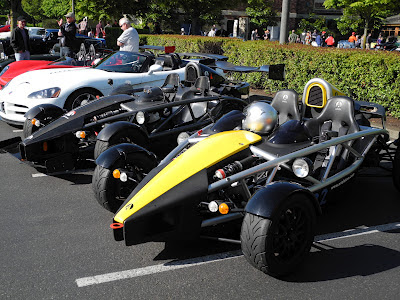 Speaking of constipation, the Ariel Atom will scare the shit out of you. Motorcycle acceleration in a car-like vehicle is quite fun.  Less weight is the theme for sure.  Just look at all that carbon.  Ariel  cut all the sound-deadening material, cut the body panels, and even cut the damn doors out, too.   Sadly the Atom fails in the cost category, it isn't less money, that's for sure. With storage akin to a Kawasaki Ninja its kinda difficult to bring home a frozen pizza.  That's a deal breaker for me.


But seriously, lets talk about money here.  Cars are not only huge but they cost too much.   People's payment books are so big they have nothing left for maintenance or upgrades.   Oh and those upgrades will likely trip your service engine light anyway.  After 4 years of payments your car isn't paid off and the car is now about as reliable as a 4 year old laptop.   I finally understand why all the cars in the futuristic movie Gattaca were classics, they were the only cars that could survive into the future.  I really should take a moment and mention Uma Thurman here, eh?  Forget it, this is a car blog.

I know it's just a Fox bodied Mustang, but hear me out.  There are days I dream of selling the Carrera and buying myself a pristine expample this car. This 1993 SVT Mustang Cobra was the last ever 302ci pushrod V8 powered SVT Cobra, that didn't look like shit anyway.  The '93 Cobra was lean and sexy unlike the two tone Mustang GT.  I'd say for those of you that dig Mustangs this is the one to buy.  No, it won't do 200mph, but it is pretty damn cool. And realistically, how many seconds do you think you'd actually drive 200mph in your whole life anyway?

This car is the end of a great evolution of an American icon, but it's still got less in the form of complexity than it's relatives.  With only 2 valves per cylinder, It's  about as easy to repair as your old BMW bicycle.   Other than power windows and power steering, its a very basic sports car.  It's fuel injected, which is simpler than carburation, but it's not complicated by later onboard diagnositcs. That means the computer focuses on making the car run, not on emissions or brakes or handling or keeping your coffee the right temperature. One thing that people who drive in the rain need to keep in mind with a live axle mustang is that they have less traction too, so buy tires carefully.

Okay, so maybe the BMW E36 M3 isn't a perfect example of less is more, but let me explain.  The E30 might be your first choice since older is often simpler and therefore less complicated.  Wrong, it had a race motor and parts are not less but rather more hard to get and more expensive.  The E36 used a hopped up version of the basic in-line 6 cylinder that BMW is famous for.  That's a motor that has been thoroughly sorted out over the years. So, by virtue of how limited and knowable the issues are, it is the simplest M3 to buy.  It is fast enough to thrill, but has less to go wrong than the also affordable E46.  The E46 came with shit navigation, complicated HD radios and finicky VANOS intakes, both of which are a pain in the ass to diagnose and repair.  Which version will you want in your garage when it's 30 years old?  Remember too, that all your extra cash is going towards training bras and soccer equipment by then.

There's the hard to find, but not hard to afford 1977 Porsche, or any 911 from 1970-1988, for that matter.   Absolutely indestructible, as long as you're not afraid to burn a little oil.   Timeless cool factor, a slow car in comparison to today's VTEC Honda Accords, but with the great handling and manual steering you won't notice.   Less complicated than any new car even half as cool, you'll be getting admired by every German car owner you pass. Even though you may not do it yourself it will be relatively easy to repair, since they are so well engineered.  Simple parts do fail, like switches and window seals, nothing complicated about that.  Oh, and I'd be remiss if I didn't mention the A/C doesn't work for shit, so if it's hot where you live expect to spend some serious cash on a retrofit.   You know it's way cooler than that Honda S2000  you've been looking at.  Just one thing, you may actually need to learn to drive if you go this route because Carreras don't forgive the indecisive in turns.

You really don't have to get an older car to get less.  The Lotus Elise is super small, light and the motor is not over engineered because it doesn't need to be.  A little more like an actual car than the Ariel Atom, the Elise doesn't take the less concept too far, for instance it has doors and functions in the rain.  More fun at the track and less stuff to fix - that's the theme here.   It's nice to see a car that is great for reasons like good materials, great chassis dynamics and intelligent weight distribution.   All that practical minimalist thinking, with a modern reliable motor too.  Who needs carpeting, it just gets dog hair on it anyway.

Voice activated navigation, artificially created stability systems,  windows that sense the rain, curb detectors to protect your 20" wheels, back up cameras, Alcantara wrapped glove boxes. Who the hell did you buy that car for anyway? Those are all fantastic for your minivan or perhaps your Aston Martin, that you'll keep for a 2 year lease.  If your money means anything to you, try another plan. Learn to drive and then get a passenger for your navigation, the UI works better anyway.
Posted by Adam at Tuesday, July 03, 2012