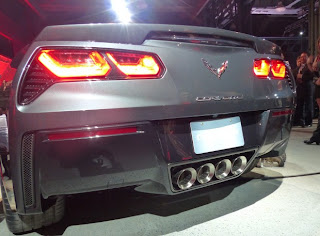 I thought I knew everything knowable about Corvettes in high school.  In College my speech class got the pleasure of hearing all about Corvettes for every single speech I gave.  I didn't need any research on the subject, which freed up more time for chasing girls in my Camaro.  Strangely,  although there have been several in the family, Ive never personally owned one.  I thought the C7 might be the one.


As a very famous blogger on automobilia I know you all want my first impression on the new C7.  So  here it is:

The taillights on the new C7 Stingray stink. 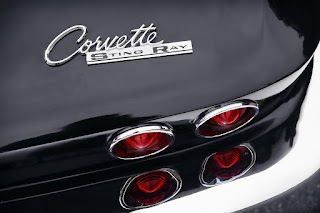 I know these new tail lights are cooler in design and technology but that isn't my point.  The taillights on a Corvette are sacred and need to, at least in basic concept, pay tribute to Corvettes of the past.  There are plenty of other incredible improvements in the new Vette, and you can read about them somewhere else.  If you had read better blogs, you'd know just how impressive this C7 is.  Chevy has improved upon an already very impressive C6.   I also dig the StingRay name, though I feel the emblem is lost on the side.  I would have preferred a Stingray package of upgrades along with a more subtle logo.  But I digress, we are here to hate the tail lights. 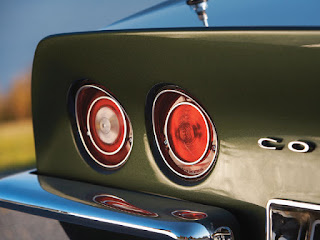 Instead of harkening back to any number of preceding Stingrays, Chevrolet has harkened back to the the latest Chevy Camaro.  What they heck? 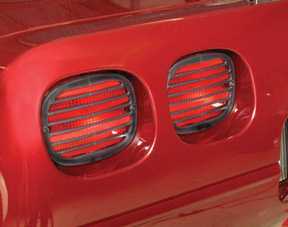 Overall the car is clearly a winner, and the extreme style will keep the loyalists, because they are loyal, after all.  But what about being loyal to the image that has sustained this flagship for so long?   I'm not suggesting retro styling,  I'm saying a respectfully nodding toward whence you've come. 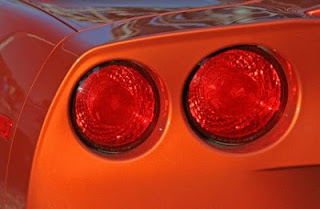 In case you think I'm missing the point of forward development, I'm not.  I get that things like the headlamps must change.  After all those old flip-up lamps have aerodynamic consequences, but this tail light design offends me aesthetically.   After all, tail light design is  not a huge performance area.  Yes, I know all about the cam affect on the tail end of a car, and can assure you that any shaped tail light will do just fine.  There is no excuse. 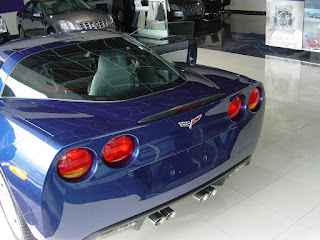 I recall a similar failure from Porsche in 1999 with the 996 Carrera headlight design.   This smart design used a larger housing stretched to encorporated blinkers for easier mainaninance and assembly (must have been Toyota's influence).  Porsche missed the big picture,  those headlamps were sacred.  Every 911 had two round headlights positioned at the leading edge of the front fender, heck even the 356 had them placed and shapped similarly.  Instead they chose affordable inspiration from the a lesser model, the Boxster.  It was obvious and people hated it. 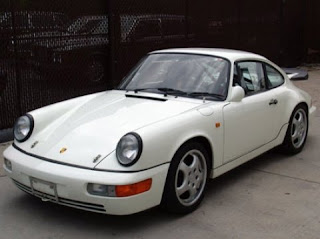 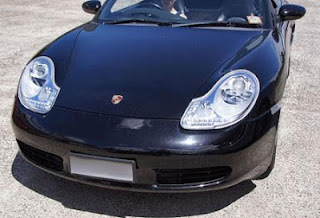 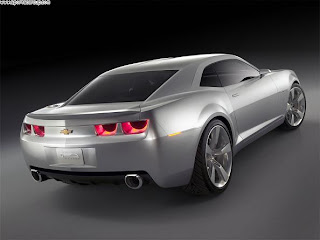 Inspiration can only flow down the product line, not up,  customers who pay for the flagship can feel short changed. Exceptions exist, of course, but lets save those for the minnows and not the Stingray.  Never take your inspiration for your flagship from a cheaper car in your stable.

a quick note to any Chevy execs out there.   Send either C6 below and I'll take down this blog.  I'll take the optional Corvette museum delivery please.


New generations are exciting but from an investment perspective they are not  always resale winners.  Typically as any generation matures, improvements come and discovered shortcomings are resolved. If you've got limited funds and want long lasting satisfaction, I'd suggest buying the end of any generation and have the buz over the newer model help your bottom line. Typically the coolest of any particular run, these swan song models  have many incentive designs to boost end of the generation sales.  Currently they include the ZR1 and 427 Convertible.  The ZR1 is technically my favorite since it's the only supercharged Corvette, but the 427 Convertible is essentially a ZO6 convertible, and being a drop top it would serve best as the weekend trip machine i'm inclined to enjoy with my wife.   I'm actually thankful I don't have to decide.