Okay, so I've dropped of the face of the earth for a while.  No shit, a newborn "complicates" things at little. But no, I'm not selling my sportscar for a mini-van just yet.  Oh, and shame on those of you who have.
Some things have changed since my last blog. I quit a great job in Seattle.  I moved to Colorado and took a very interesting job at Boulder Community Hospital.  So you damn betcha, I've been out of pocket for a while.


So after a very rough pregnancy that lasted about 25 months I think, a newborn Cameron "Camshaft" Crabtree, a home sale and big move; then there was the unpacking, painting, hanging photos, hanging paintings, installing shelves and curtain rods we were ready for a break.  So by yesterday, both Catherine had a plan for a night out and some time on the open road.  It was time to uncover the Carrera!  So, off we went to enjoy these dry Colorado  mountain roads just outside of our driveway. 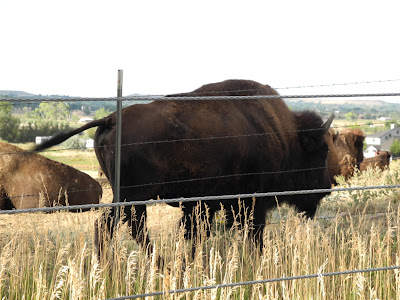 The first leg of the trip, Nelson Rd toward Boulder, was uninteresting from an automotive perspective, but I scraped by. The bright sun, open country, mountain views, bison and alien communication devices kept us stimulated enough.

Once Nelson Rd ended, the foothills stepped up to deliver some satisfaction.  This is also an alternate route to my work in Boulder, so you bet I'll be taking this road again.   The roads, were basic Colorado foothill fare I'm told,  meaning they were awesome. 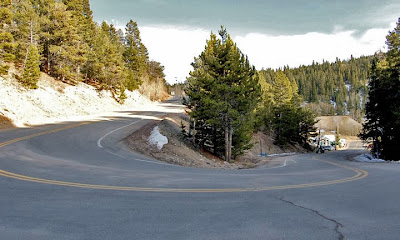 Left Hand Canyon Road, Jack!!  Just one little photographic taste for you.  If I spent the whole drive photographing it for you then how would I enjoy myself?  Go photograph your own roads you lazy bastards. 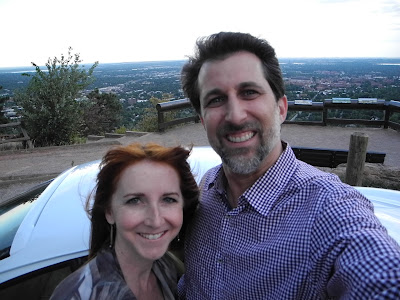 The wife of course found a great destination in Boulder too, not just a good road or two.  That's why I married her.  What does your wife do? 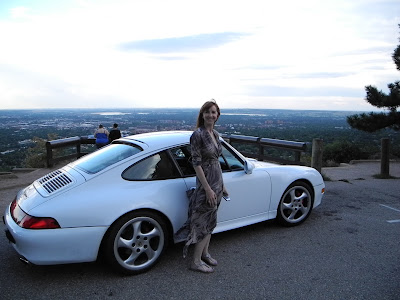 Our destination was as cool as the roads, the mountainside restaurant called the Flagstaff House was nestled in the hillside overlooking Boulder. This pic above was taken at a scenic overlook just before parking to eat, She's pretty hot, and so's the Mrs. 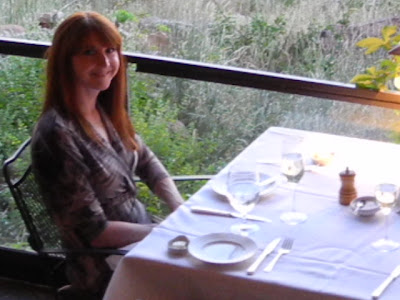 Once seated at the Flagstaff House we enjoyed a meal that won't soon be forgotten.
Did I mention how hot she is? 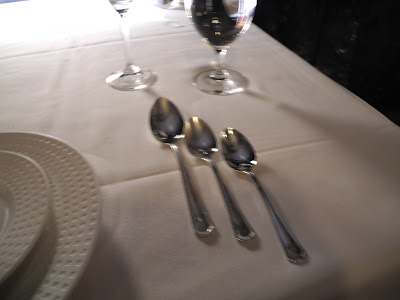 Car guys, here's a hint: You know your restaurant is good when you get 3 spoons for desert. Luckily, I had my iPhone to look up how to use them.  It's also a good indicator that you'll be spending a little more than at Sonic when the bill comes. 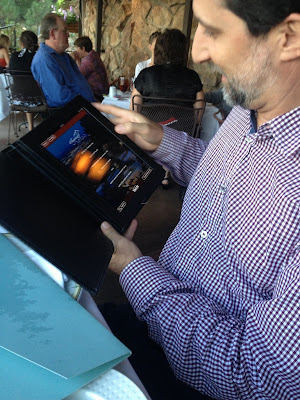 Choosing your wine from an iPad-menu means no pressure to pronounce those French names. Just hit the buy-it-now button and you're done.  And no I didn't order Coors beer, Leon, even though it's from Colorado. 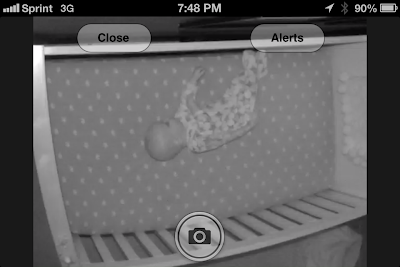 Special thanks to Logitech Alert wireless security.
Without it, Catherine would never have relaxed.


Soon I'll go on my first Rocky Mountain Region PCA ride. To the Broadmore hotel in Colorado Springs.  That should be interesting.
Posted by Adam at Sunday, August 25, 2013 No comments: