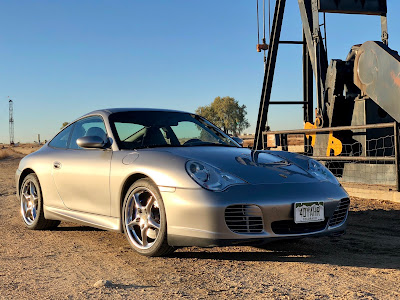 I bought a 40-Anniversary Carrera because it was an amazing amount of car for an amazing price.  I am not afraid to change things up as long as it makes it a better car and is reversible for the purist in me.  You know, in case I need to sell it to fund a hemorrhoidectomy or something.

With just 35,000 miles on the odometer and 25,000 on the motor it is freaking NEW!   Most people would assume it was an IMS failure that forced the dealer to buy it back and intal a 997 engine block, but that's pretty unlikely at 10K miles.  Finding any X51 powered car at all is a win because nobody actually bought the X51 package.

The 40Jahre is as close as I'm gonna get to a new 911.  Many people put them away wrapped with baby diapers, like this one.  When the 996 marked didn't explode like the 993 market these cars started to pop up for sale. And like any new sports car, for me it isn't an investment, just a incredibly preserved Porsche that i plan on driving the shit out of.

(yes!  I ended a sentence with a preposition, pretty bold eh?)


Here are my 12 steps to ruining the originality of my car.

1. Sell the exclusive 40AE luggage to fund this blog

Buying the most maligned Carrera of our time left me with a little money left over but not enough.  So I sold off the exclusive 40 AE luggage to have even more money to play with.  I know I'll kick myself later, but bipolar car disorders come with some regrets.

I am NOT going to deal with those fried egg lights.  Something this polarizing must be celebrated.  Think of it as Cindy Crawford's mole, but two of em.
3.  Pay tribute to the past with Cocomats.

These old-school mats were common in German cars 40 years ago like Carrera's and 356's.   I think they have a place in an Anniversary Edition car.  Made of woven coconut fibers, we are recycling all that coconut water consumed by hipsters.

The OEM wheels are too good to replace so I opted to enhance behind them instead. Giro-Discs are pretty, and the notable braking improvement was a side benefit.  Lighter than the big 996 Turbo rotors too.

5. Porsche Sport Exhaust, sort of.Porsche failed by not adding a powerful exhaust note to match the more powerful X51 motor package.   I have rectified this with Fister HD's mufflers, Fister has quickly become the gold standard for Porsche's.  For 10% the cost of the sport exhaust option ($4500) you get the same design w/o the ability to turn it off.   Who the hell would turn it off?
6 Stance Stance Stance, $400 The 40 Jahre had the good sport suspension option included but being in the USA they were forced to make it a monster truck for DOT compliance. Some geniuses suggest I need new shocks designed to match my 1/2" drop in height.  I called RUF and they set me straight.


7. Making the car recognizable Porsche went all out with a silver that's 10% different, Whoopie Do!   Although GT Silver was an exclusive color, it isn't that distinctive. I solved this with a few hideous satin black accents for bedazlementation.  I'll try to pass them off as OEM.

This I can do. And since its from Suncoast, a Porsche specialty company, it costs $45 instead of $10.  Worth every penny.  iPHone mount,   cheap thrills


10. Make your passengers comfortable.
While Porsche sells a child seat, but you really want one w/out armrests.  It makes it easier to reach the seat-buckles.


11.  I never found the Ruf Wheels I'd put on space #11
12.  I really thought Apply Carplay would be in slot #12, but turns out you sacrifice too much originality in the forms of wiring modifications.  I just couldn't stand doing that. 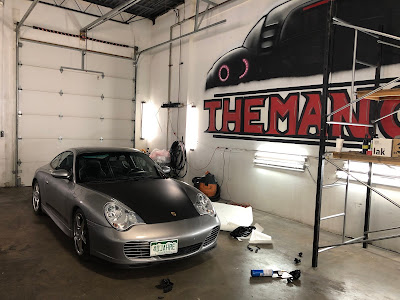 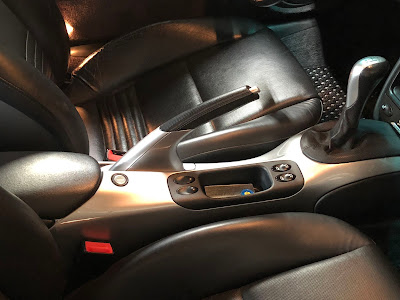 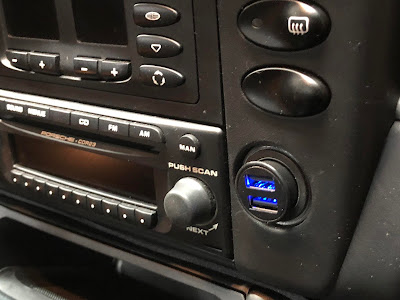 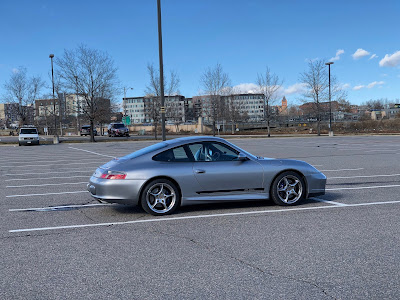 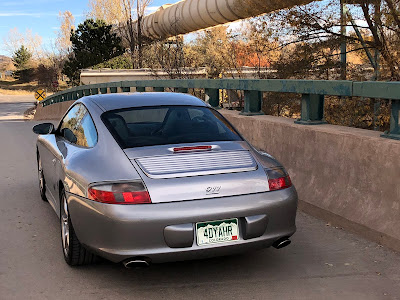 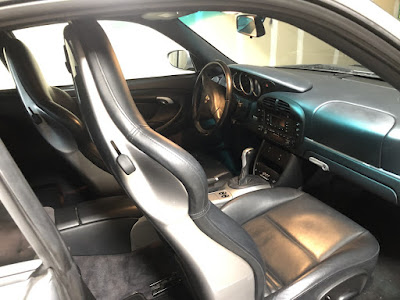