Blog #1, This should get you up to speed.

in the true spirit of all kinds of nonsense being printed on the internet.  here's some of  mine 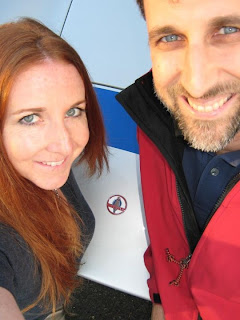 My blog mostly assumes you're next purchase could be your last, although I do deviate for no apparent reason.   What if the next vehicle you bought was the last ever? It could happen. Your funds could run out. Your wife could put her foot down. Heck, you may be forced to move into a smaller home with only a one car garage. Fossil fuels could become outlawed. It could happen. If you're like me, you may not have time to make a pilgrimage to Daytona for fasting and meditation on the subject. So it would be best to begin the lengthy process now, just in case this kind of disaster strikes. When did Noah build the arc? Exactly.


I know what you're thinking. This is a heavy subject... where do I get off bringing up something so personal? Let me explain a bit about myself so I might prove to be worthy of sharing this journey with you. I'm an average guy, with an average or maybe slightly above average budget. I'm not an automotive journalist that drives other people's supercars all week. I'm a real guy who is often sobered by the thought that I could die without owning any more cars. So, I've made cars a higher priority than family or food for the past 20 years.

My first serious sports car was a 1964 FIA Cobra replica. I saved hard and went big, so I could complete the car before I turned 30 years old. It ended up costing me about $100K and 4 years of my life. I know, you're thinking, that is not an average expense. But it can be done. Live with your parents after college, work overtime every weekend for a year, run up the credit and finally, refinance your first home. So, yes an average guy CAN blow that kind of money if he really applies himself.


I've owned others of course, Porsches, Mustangs, BMWs, a WRX, and an SRT8 Cherokee for maximum velocity dog transport. Add a dozen random motorcycle projects, just to keep my hands dirty and you have my personal vehicular experience. So we're talking about a vehicle exchange at least once each year.  Cars leading up to my 40th birthday are here:


My intimacy with cars extends to Blood Enterprises Service and Technology. Blood's is a shop in Washington specializing in high performance vehicles. They are involved in everything from local bracket racing to the development of the SSC Ultimate Aero. Suffice to say, the 10,000 beers I've consumed in Craig Blood's break room has given me insight beyond my years. From time to time, I've attended trade shows with Craig and he even printed me up my own business cards: "VP of Public Relations" as an honorary title. So, no pay other than my own shop keys was ever received.
Now, I'm not going to total up the amount of money I've spend over the past 20 years but let's agree that it's plenty for a guy who makes his living as a pharmacist. At Blood Enterprises I've watched others spend exponentially more than myself. Furthermore, I'll skip my family's performance vehicle experience; let's just say it's ample.   After all, I didn't lick this interest off the floor.  I've spent, helped spend, or watched the spending of enough money to earn some respect.

In summary, I've got some things to say on this subject.    Essentially the blog is for me, not you.  But if you are one of my three readers....  You are welcome to stay. 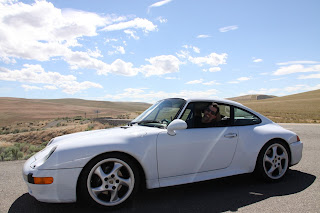